Invasive annual grasses such as medusahead may degrade plant communities and reduce suitable habitat for livestock and wildlife. Early detection and appropriate response can help to slow spread of new invaders and maintain weed-free areas. Contact your Extension agent or county weed coordinator for more information.

MEDUSAHEAD WILDRYE WAS FOUND IN MONTANA

for the first time in 2013 and was added to Montana's noxious weed list in 2017 as a high priority species for early detection and eradication. The known distribution of medusahead in Montana is limited to two locations in

Sanders and Lake Counties. Medusahead is also a regulated plant in the nearby states of California, Colorado, Nevada, Oregon and Utah, as well as four counties in Wyoming. In these states, observers note that medusahead can form near monocultures, with resulting degradation of wildlife and livestock habitat and alteration of fire regimes. There are even reports of medusahead displacing cheatgrass (Bromus tectorum) populations. Time will tell whether this species will be problematic in the climate and habitats of Montana, but in the meantime, be on the lookout for this plant.

Identification: Medusahead is an annual bunchgrass that grows from six to 24 inches tall. The key diagnostic feature of medusahead is long awns pointing outward and upward that take on a twisted appearance as they dry out in mid- to late-summer (Figure 1). If you use your imagination, medusahead bears a resemblance to the Greek mythological monster Medusa who had snakes twisting on top of her head. When mature, medusahead inflorescences stay intact, in contrast with look-alike native grasses bottlebrush squirreltail (Elymus elymoides) and foxtail barley (Hordeum jubatum) whose mature inflorescences fall apart easily when handled. Medusahead has wiry stems with a few short, narrow leaves. Its bright yellow-green color can also be helpful in identification (Figure 2) – when medusahead is growing with other invasive annual grasses like cheatgrass, which it often does, the yellow-green sheen is noticeable after cheatgrass has senesced and turned brown. 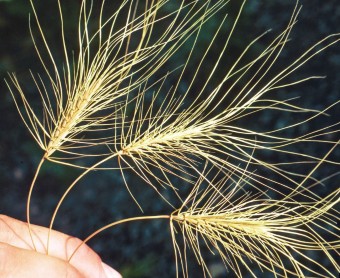 Distribution and Habitat: Medusahead’s native range is in Spain, Portugal, France, Morocco and Algeria. The first recorded occurrence of medusahead in the U.S. was in southwestern Oregon in 1884. Like other invasive annual grasses, this species tends to thrive in regions with warm, dry summers and cool, moist weather from fall through spring. It is most common in inland valleys of California, the Intermountain West including the Great Basin, and the Columbia Basin, particularly in clayey soils. Medusahead occupies up to 5.4 million acres in the western U.S.

Spread: Medusahead reproduces only by seeds. Awns have tiny barbs that allow seeds to adhere to clothing and animal fur, which can result in long-distance spread. 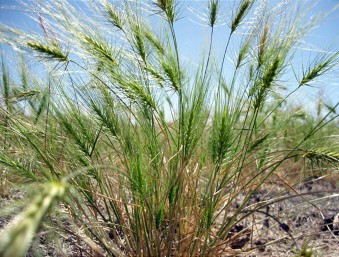 FIGURE 2. Medusahead is an annual bunchgrass up to 24 inches tall that is bright yellow-green in color before senescence. Photo by Brenda Smith, USDA-Agricultural Research Service.

Impacts: Medusahead invasion contributes to degradation of plant communities and can negatively impact livestock producers. This species usually behaves as a winter annual, meaning that seedlings emerge in the fall and initiate re- growth early in the growing season, reducing available soil moisture for perennial grasses. Further, it has high silica content so it is slow to decay, and accumulates dense layers of litter, or thatch, which limits recruitment of other grass seedlings (Figure 3). Medusahead seeds, however, can germinate within the thatch. The nutritional value of medusahead is similar to other grasses, but coarseness due to the high silica content makes it unpalatable. In fact, research indicates that a dense stand of medusahead can decrease grazing capacity by up to 80 percent. Also of concern to livestock producers are the stiff glumes and awns of the seed head that can injure eyes and mouths of grazing animals.

Management: Given the ecological and economic impacts this species has had in other areas of the West, preventing the introduction of medusahead to new areas in Montana is clearly the most cost effective management strategy. Since we have only recently confirmed its presence in the state, it is important to be able to identify this species so new populations can be controlled when they are still small and relatively manageable. It is critical to avoid traveling through medusahead populations as seeds are readily transported long distances by both animals and vehicles. Another prevention strategy is to limit disturbances, including overgrazing of perennial grasses, as disturbance increases rangeland plant community susceptibility to invasion. Perennial grasses can be a great ally in weed prevention; for example, researchers in Oregon found that an increase of one perennial bunchgrass per square yard resulted in a 15-20 percent decline in medusahead establishment.

There are several management options that can reduce medusahead populations including herbicides, prescribed burning, revegetation, and early-season, targeted grazing. Herbicide active ingredients that can be effective for medusahead management include imazapic, aminopyralid, rimsulfuron, and sulfosulfuron. If little-to-no desirable vegetation remains, revegetation should be integrated with control measures like burning and herbicides.

The authors would like to thank Stacy Davis for reviewing this publication, and Jason Badger, Jim Jacobs, and Hilary Parkinson for reviewing an earlier version. 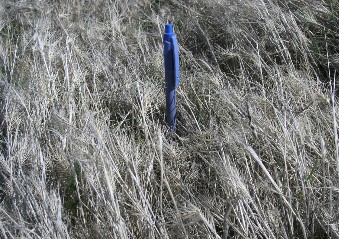 If you are suspicious that you may have found medusahead, contact your Extension agent or county weed coordinator, or the Montana State University Schutter Diagnostic Lab, http://diagnostics.montana.edu/.

Any mention of products in this publication does not constitute endorsement by Montana State University Extension. It is a violation of Federal laws to use herbicides in a manner inconsistent with their labeling.

To download more free online MontGuides or order other publications, visit our online catalog at our store, contact your county or reservation MSU Extension office, or e-mail orderpubs@montana.edu.
Copyright © 2020 MSU Extension
We encourage the use of this document for nonprofit educational purposes. This document may be reprinted for nonprofit educational purposes if no endorsement of a commercial product, service or company is stated or implied, and if appropriate credit is given to the author and MSU Extension. To use these documents in electronic formats, permission must be sought from the Extension Communications Coordinator, 115 Culbertson Hall, Montana State University, Bozeman, MT 59717; E-mail: publications@montana.edu